I took a new approach to introducing the elements of music this time around. Inspired by oh-so-many PYP workshops where we split up the reading and then taught each other, I split up the students into groups so that each one could become the “expert” group on a single element, and then the children could learn from each other. Conveniently, the third graders were also focusing on the concepts of CHANGE and CONNECTION, as well as a related concept of “representation”. Enter higher order thinking skills (HOTS). 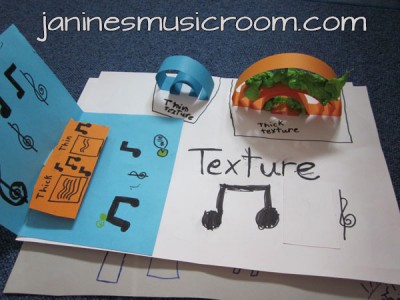 Each group chose one element to study, making sure that all but one were covered. (I took the leftover element, which I used to model this very abstract project.) The groups read up on their element and listened to some examples from both classical and popular repertoire. Then came the challenging part—and here’s where the teacher modeling was essential: Once I was confident that most of the class truly understood what their concepts were, I asked them to translate the aural to the visual. In other words, they needed to “make a visual representation of their musical element”; these were the instructions I gave them. They found the first stage of this very challenging, but once they got going, they really dove into it and loved it! 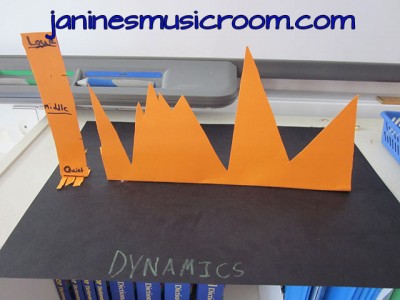 After the tough part was over, each group made a short video wherein they defined their concept, showed and explained their visual representation, and provided a musical example. Finally, we shared the videos so that each group could learn about the other elements.

How do you introduce your students to the idea that music comprises several compositional elements, separating the whole into its pieces?

Instead of “I don’t know”